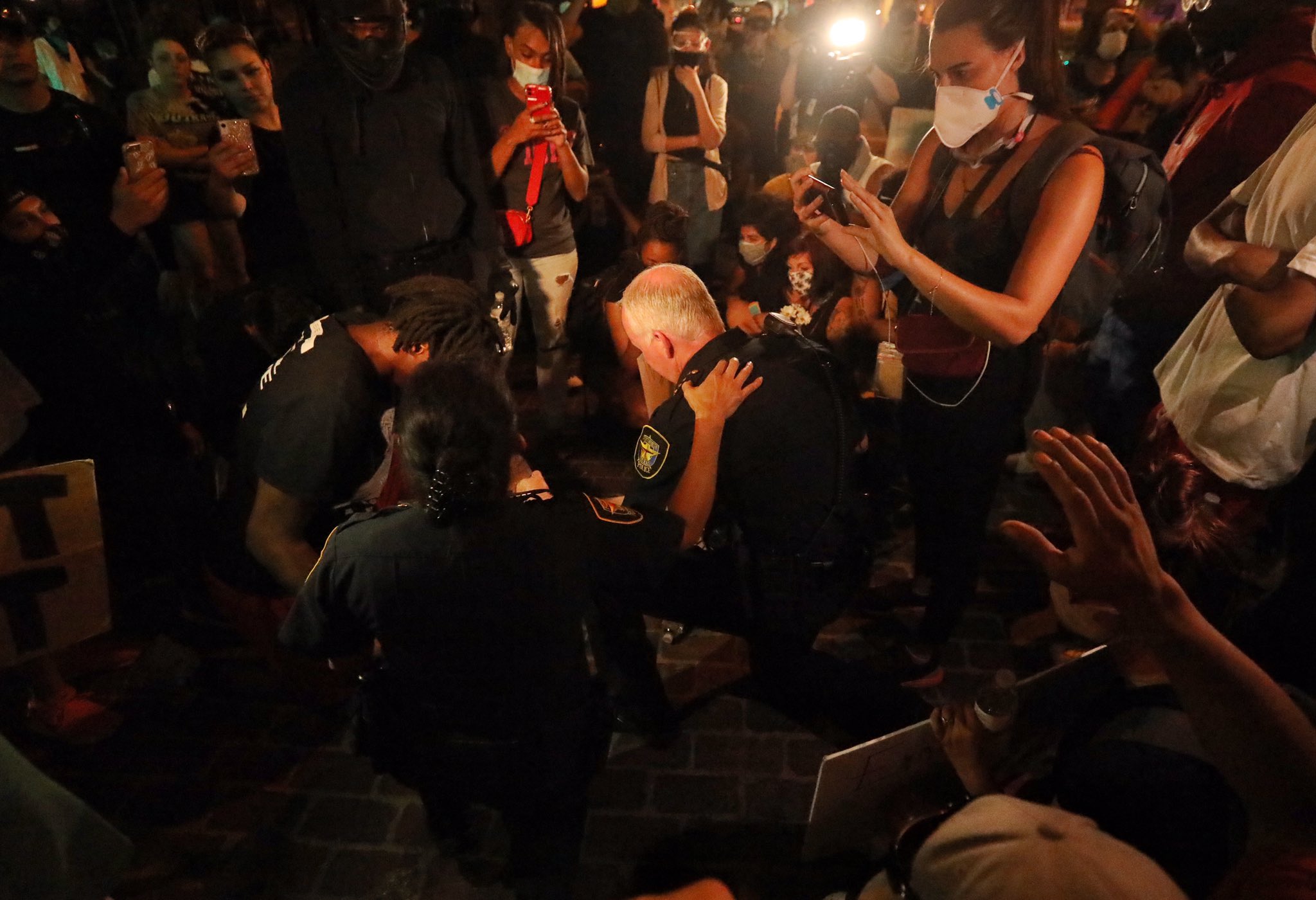 In recent weeks, people have sent me messages of solidarity and pledges to fight for racial justice. To those who have publicly pledged to join the fight to end the injustices in our country in response to the murders of Ahmad Arbury, Breonna Taylor, and George Floyd, I’d like a word with you. I’m grateful for your pledge, and I want to be hopeful, but I must be honest: I’m skeptical.

As an African-American man in DFW, I’ve had the pleasure of seeing the most visible endorsements for racial justice than ever before. From coworkers to corporations to even cops, almost everyone is unashamedly championing racial justice on social media. My timelines are flooded with #BlackLivesMatter posts denouncing racism and demanding policing reform.

Though I welcome the sympathies and the cries for justice, I know it will require more than mere sentiments to reach the ideal of a post-racial multiethnic society. That’s why I’m worried that this cultural moment is just another trend centering on a posture of cultural relevance that will fade once folks have obtained their photo-op. I’m concerned that many will forget this moment and not see true change to the end.

Bryan Stevenson, founder of the Equal Justice Initiative and author of the memoir Just Mercy, zeroes in on the reason for my skepticism in an interview with The New Yorker. “To be honest, it’s not that hard to protest. It’s not that hard to go someplace,” Stevenson said. “And it doesn’t mean that it’s not important. It doesn’t mean that it’s not critical. But that’s not the hard thing we need from people who care about these issues.”

As Stevenson iterates, if you’re serious about making a difference and joining the battle to end racial injustice, it’s going to require more than a few social media posts and protests, as good and right as those things are. It’s going to take important and uncomfortable actions, such as:

1. Reexamining your own racial, ethnic and cultural biases, and rejecting and eliminating them as quickly as possible;

2. Showing up to vote—to remove federal, city, county, and state officials who perpetuate division and hate in our country and to replace them with wise, anti-racist, culturally competent, and compassionate officials who will work to effectuate change;

4. Devoting free time to educating yourself on how systemic racism works, understanding the racist history of our country and how that still affects communities and individuals today;

5. Putting your money where your mouth is by supporting an organization doing great work to end racial injustice and committing money to that organization regularly. If you don’t have extra money, I’d challenge you to give up something to make space in your budget;

6. Persisting. Once the protests end and it’s no longer trending on your timeline, the real test of your commitment will be your willingness to sacrifice time out of your busy schedule to serve, volunteer and stand in solidarity with your black neighbors;

7. De-compartmentalizing your life and opening up your home.  You’ll never care as much for a “cause” as you’ll care for living, breathing human beings whom you know and share your life with.  While respecting the exhaustion most of your black and brown neighbors and colleagues are feeling in the current climate, commit to getting to know them over time and be a friend to them.

Look, for my white brothers and sisters, we both know that you have the privilege to close your eyes to this ugly episode in American history, and this is why uncertainty forebodes my conscience. I’m afraid all your rhetoric of racial equality and justice will end up as nothing more than virtue signaling that will wane in the absence of perseverance.

At the heart of my skepticism, however, is a hope and a plea for you to stay and change history for the better. We are at a moment where we can and need to—not just come together—but stay together. If we can make love for neighbor the primary standard across our communities, played out in the way we reshape our economies, policies, and laws, it’s possible we can see change to the end.

You can prove my skepticism wrong. You can do this. We can do this. We can finally start to become a nation that is truly a “land of the free” and a “home of the brave.” But we must use our freedoms to bravely protect the marginalized citizens of our society.

So will you see this struggle for racial equality through to the end? Or will you neatly fold up your signs, pat yourself on the back and move on because for the first time in your life you were repulsed at the image of a black man’s life taken from him, crushed under the knee of civil authority?

To see this through, you must persist—unsatisfied until our culture and our system is changed in a way that values all human life as precious beings in the sight of God. Even the lives of those who run away from police, yet are gunned down like Rayshard Brooks in Atlanta. Because, as Bishop Michael Curry says, “Love is a commitment, not a sentiment.” So will you persist and prove my skepticism an unnecessary pretense?