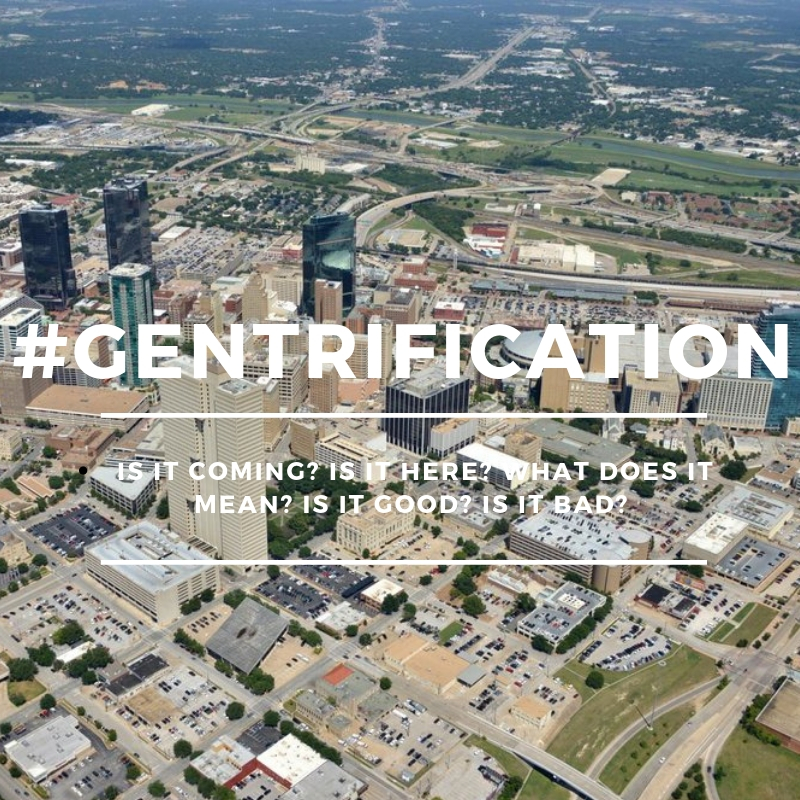 [This is the first of a three part series on gentrification (i.e., the process whereby a once disinvested black or brown neighborhood becomes a predominately white neighborhood that conforms to the tastes of middle or upper class whites).  Although the issues surrounding gentrification and economic development are complex and in many respects beyond our purview, we at Community Frontline believe that we must do our best to educate ourselves and others on these important subjects—even when the issues and concepts are difficult to understand.][1] 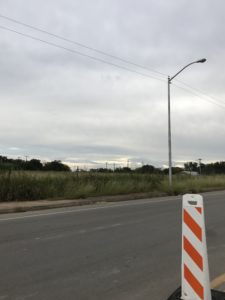 “No One Used to Go Over There”

Statements like these imply something: that the people who formerly lived in those neighborhoods—all those years when the neighborhoods were impoverished and disinvested—weren’t people. They were “no one.”[2]

In our view, the phenomenon of gentrification needs to be identified, understood, and addressed because it is not simply a matter of economics—it is also about the definition of “person” and the dignity of those who live in disinvested communities.

If we (consciously or unconsciously) deem members of impoverished communities, with little or no spending power to offer, as being “no one,” then we will treat them as invisible, if not inconvenient, and we will not factor them into our economic planning, let alone allow them to shape the planning.[3]

We have to keep in mind that many of the things that we Americans have gotten wrong over the years have stemmed from our failure to define “person” accurately.  As we all know, the Declaration of Independence eloquently recited as a self-evident truth “that all men are created equal,”[4] yet the term “men” was interpreted to include only those who fit within the socially constructed category of “white.”

This inaccurate definition allowed the majority culture to deem it morally acceptable for African-Americans to be enslaved, denied the right to vote, forced to sit on the backs of buses, and subjected to various other injustices.

One of the most poignant messages widely communicated in recent American history came during the Memphis Sanitation Workers’ Strike in 1968 when African-American men, in protest of their unfair working conditions and discriminatory wages, held signs that said: “I am a man.”[5]

But admittedly, gentrification is complicated and difficult to measure.  And we would be remiss to overlook that many city development efforts that might be considered gentrification have at times conferred some advantages on existing residents that those residents might not have otherwise enjoyed.

We must also acknowledge that many “perpetrators” of gentrification often act out of largely pure (or at least not ill) motives.  Indeed, almost all of us have contributed to gentrification in some fashion, even if just by dropping in for an expensive haircut, a trip to the brewery, or a quick cup of craft coffee or, if you’re affluent, working to depopulate or cap development in your own neighborhood.

In addition to being complicated, gentrification is polarizing and the subject of much debate, even among very intelligent people.  Some say that gentrification is, by and large, a good thing—an undoing of white flight and a sign of reinvestment in previously disinvested neighborhoods.[6] Others call it class war or a new form of white flight and say that it’s unjust from top to bottom.[7]

Many holders of this latter view argue that would-be gentrifiers should make no effort to get involved in inner-city communities because they’ll only make things worse. Others believe gentrification is a myth or so rarely occurs that it should not be a high priority issue.[8] Another view is that gentrification—whether good or bad—is inevitable and is merely the natural result of a capitalist economy.[9]

No one is to blame, say proponents of this view, it is “just the way it is.”  And then there are combinations of these views, such as the fatalistic view that believes gentrification is immoral and tragic, but nonetheless inevitable and unstoppable.

In this three part series, we want to explore gentrification honestly and in a way that fits the mission of Community Frontline, which is focused on generating solutions.   In this initial blog post, we will explore the basics.  What is gentrification, and how does it typically play out?

What’s in a Name? Defining Gentrification

The term “gentrification” was coined in 1964 by a German-born British sociologist named Ruth Glass.   The term was a reference to the “gentry” from the English countryside, whom Glass had observed move into and transform certain working class neighborhoods in London.[10]  In her book London: Aspects of Change, she wrote:

One by one, many of the working class quarters of London have been invaded by the middle classes—upper and lower . . . Once this process of ‘gentrification’ starts in a district it goes on rapidly until all or most of the original working class occupiers are displaced and the whole social character of the district is changed.[11]

According to research conducted by Peter Moskowitz in his book How to Kill A City, the first mention of the term “gentrification” in the United States occurred in 1969 by a white man living in Brooklyn named Everett Ortner.

Ortner had founded a nonprofit called the “Brownstone Revival Committee,” and had started publishing a magazine dedicated to convincing other middle and upper-class white people to move to Brooklyn.  In one of the magazine’s articles it was written that “Gentrification is not ‘genocide’ but ‘genesis.’”[12]

Although gentrification has a certain “know it when you see it” quality, for the sake of clarity, we will define the term for purposes of this blog series to refer pejoratively and generally to the process whereby a once disinvested black or brown neighborhood becomes a predominately white neighborhood that conforms to the tastes of middle or upper class whites.

How the Sausage Gets Made:  Typical Gentrification Process

Every city, and indeed every neighborhood within a city, is unique. And the way a neighborhood changes over time is affected by numerous factors.  Nevertheless, at the risk of oversimplification, here’s an attempt at a sketch of how gentrification tends to happen:

The Backdrop to the Process

The Role of Developers, City Governments, Banks, and Other Businesses

The Role of New Residents, Entrepreneurs, and Creatives

It is outside the scope of this paper to participate in that debate, but we wanted to flag it to illustrate that it is sometimes difficult to identify the chicken and the egg in the context of gentrification.[26]

As alluded to earlier, however, gentrification doesn’t happen in a vacuum.  In the next post, we will take a quick detour through some historical context.

[2] Peter Moskowitz, How to Kill a City: Gentrification, Inequality, and the Fight for the Neighborhood, New York: Nation Books, 67 (2017) (hereinafter, “Moskowitz”); Eric Ishiwata, “We Are Seeing People We Didn’t Know Exist”: Katrina and the Neoliberal Erasure of Race,” in The Neoliberal Deluge: Hurricane Katrina, Late Capitalism, and the Remaking of New Orleans, ed. Cedrick Johnson (Minneapolis: University of Minnesota Press, 2011); Sharifa Rhodes-Pitts, Harlem is Nowhere: A Journey to the Mecca of Black America, Little, Brown and Company (2011) (“Rhodes-Pitts”).

[9] See Jeanne Haffner, “Is the gentrification of cities inevitable – and inevitably bad?,” The Guardian (Jan 16, 2016) (discussing views), available at https://www.theguardian.com/cities/2016/jan/16/gentrification-inevitable-bad-urban-change

[17]  The Pew Charitable Trusts, Philadelphia’s Changing Neighborhoods, at Gentrification and other shifts since 2000 (May 2016), available at https://www.pewtrusts.org/-/media/assets/2016/05/philadelphias_changing_neighborhoods.pdf

[26] For other summaries of the gentrification process, you might check out the “four stages of gentrification” as explained by MIT urban studies professor Phillip Clay, under which:

Moskowitz adds a fifth.  He says there’s a precursor to all of these stages in which a municipality opens itself up to gentrification through zoning, tax breaks, and branding power. See Moskowitz, at 35